And, the dreaded “No adapters were installed because compatible driver was not found” result. 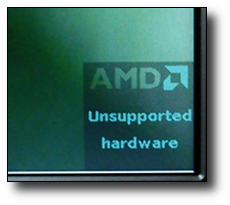 Linux users who buy a new AMD APU-based laptop may want install the proprietary GPU driver for improved 3D performance. Sometimes, the latest driver does not install properly and users are forced to use an older version.

This can be very frustrating as the older driver gets installed all right but it ends with a “No adapters were installed because compatible driver was not found” message. To compound the problem, the screen gets a “AMD Unsupported Hardware” watermark on the bottom-right corner.

Most solutions on the Web involved an old fixwatermark.sh solution from Phoronix.com website. This does not work with AMD A-series APUs such as A4, A6, A8, and A10. The proper solution is now available on the unoffical wiki page for AMD GPU Linux drivers. When using an old driver, there are no signatures for newer GPUs present in the computer. The solution, as given in the wiki, is to simply copy the control file of the latest driver and put them in your computer’s ATI driver directory.

‘400 Fresh Clean Jokes For Everyone’ book

A 167-page, 470-joke subset of the original book ( 2020 Fresh Clean Jokes For Everyone) is on sale at Amazon.com. Read jokes from the book in the newly published excerpts. 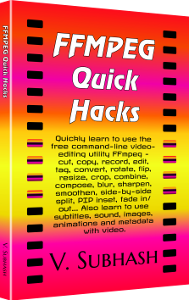